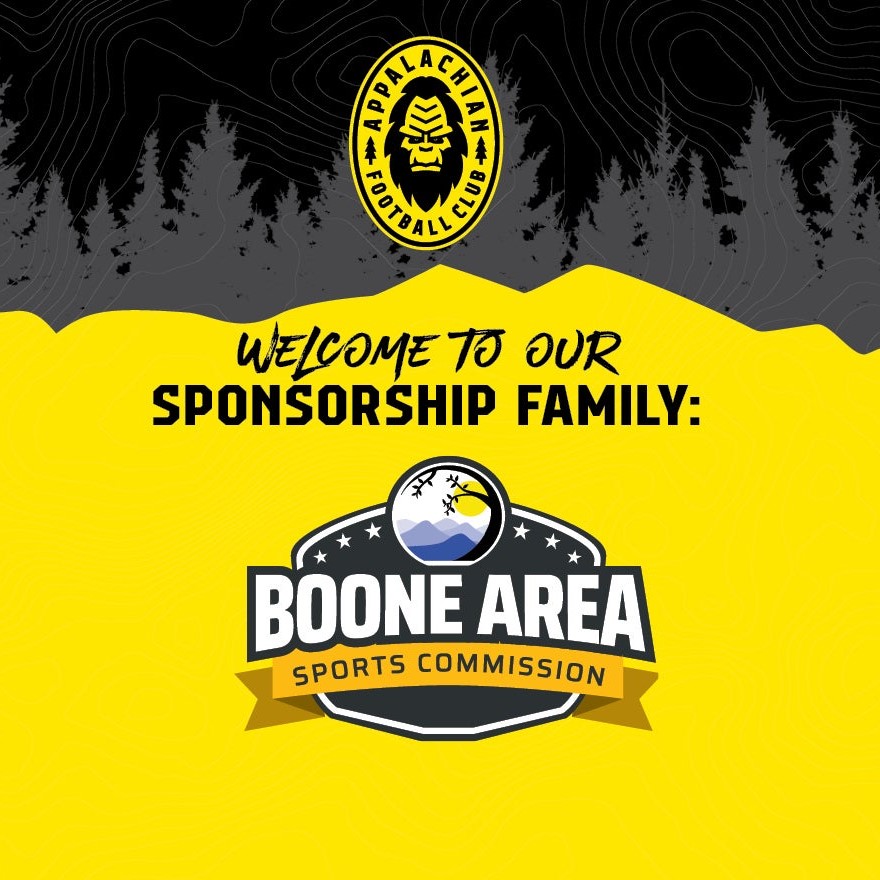 Appalachian FC long winded Chief Marketing Officer Bigfoot held a Press Conference outside his nest to enthusiastically share his red hot sports opinions, ”To successfully launch a professional sports team, it takes a village. And we’re lucky to have a village with a dynamic Sports Commission led by innovative leaders, like David Jackson and Roachel Laney.”

Bigfoot continued “Sports is such an important part of Boone thanks to their vision and leadership. As a matter of fact, in July 2019, I heard there were Otters down at Ted Mack so I headed down the game trail to, umm, to..., well, I’d rather not share the details of what I was planning to do when I got to the Otters but when I get to the tree line, hear the roar of a crowd and see the Ted Mackorell Soccer Classic featuring semi-pro team Tri-Cities Otters which was hosted by Boone Area Sports Commission. I enjoyed the match from a distance. and needless to say, I was impressed with the passionate High Country soccer fans in attendance. Impressed enough to help bring Appalachian FC to the High Country.”

Appalachian FC launched on November 18, 2020 with a video that has received over 250,000 impressions when Bigfoot walked down that same game trail, from his nest to Ted Mack, to check out the stadium and have a kick around. Since the launch, Appalachian FC has built a passionate fan base in the High Country and around the US. Fans in 40 states have purchased Appalachian FC Gear…

Boone Area Chamber of Commerce President & CEO David Jackson added, “It has been inspiring to watch and actively participate in the collaboration that has helped bring us all to this point. The ownership of Appalachian FC has been forward thinking about local partnerships and opportunities since the idea for the franchise was first hatched. We have also marveled at the branding power franchise has on a National and International level, and this will only help bring more positive attention to our community as the franchise grows its reach.” David continued, “One of the themes of the last year has centered around our community’s ability to rally around one another, and the good that comes from such action. As we look forward to enjoying pleasant distractions once again, we have a local team we can rally around, that represents the sense of community and partnership High Country residents have long embraced. We are excited to be a part of this inaugural season and can’t wait to see how Appalachian FC grows as we move forward.”

Bigfoot quickly added, “I could not have said that better myself and that’s saying something.” 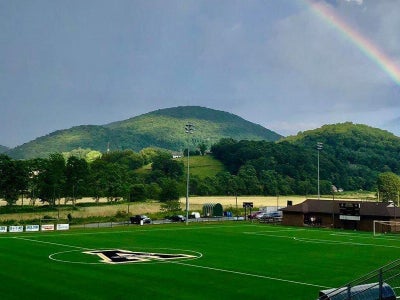 Appalachian FC will proudly represent Boone and the High Country starting this May when the club kicks off the Inaugural Season, playing the top teams and players in the Southeast Region of the National Premier Soccer League (NPSL), considered the 4th Tier in the US Soccer Landscape, with Major League Soccer as the 1st Division. First game is Saturday, May 1st in Louisville and the Historic Home Opener vs. Georgia Revolution will be Saturday, May 15th.

Click here for Details on Season Passes
Boone Area Sports Commission Director Roachel Laney commented, “The High Country will now have it’s own local pro team to rally behind and to pull for. With less restrictions in gatherings being favorable, local soccer fans will be able to attend and hopefully fill the stands at Ted Mackorell Stadium. Thanks to the ownership for their vision and commitment that will allow our community to again be able to come together in a common cause… LET’S GO SQUATCHY!!! I look forward to our community gathering together to show their support for the APPALACHIAN FOOTBALL CLUB.”

For fans who may not be familiar with the great work that the Boone Area Sports Commission (BASC) does for our community… The BASC is a proud member of the Sports Events and Tourism Association, the premier trade association for the industry in the United States. The Boone and Watauga County Tourism Development Authorities provide a portion of the operational funding to the BASC along with industry contacts that have helped create awareness with event organizers across the State of North Carolina and the Southeast Region.

The BASC works with a variety of partners and all levels of sport. Our staff connects organizers with event-hosting resources, including hotel and restaurant partners, area attractions, and other services provided by members of the Boone Area Chamber of Commerce.

Roachel Laney has served as Boone Area Sports Commission Director since the organization's inception. He works with event representatives and local organizers to recruit new opportunities to the area while also assisting with established events to enhance their operations and impact on the area economy.

The BASC was formed after nearly 18-months of study by local stakeholders, seeking ways to further boost the local tourism economy. Don Shumacher, founder of DSA Sports, LLC, and past President of the National Association of Sports Commissions conducted a comprehensive feasibility study that included an inventory of local sports facilities and amenities, and provided recommendations for growth opportunities in the sports tourism arena.

Seeking Chamber Board of DirectorsApril 16, 2021 Now Accepting Nominations for the 5th Annual 4 Under 40 AwardsMarch 5, 2021