Four emerging leaders and a career educator were honored during the 4th annual Boone Area Chamber of Commerce 4 Under 40 Awards ceremony. The virtual event was broadcast Thursday from The Harvest House in Boone and was presented by Appalachian Commercial Real Estate. Over 70 nominations were submitted by local community members and 16 finalists were recognized during the event. Nominees were sought in the categories of Business Owner, Education Professional, Non-Profit Business Professional, and Rising Star. A biography of each award winner is listed below: 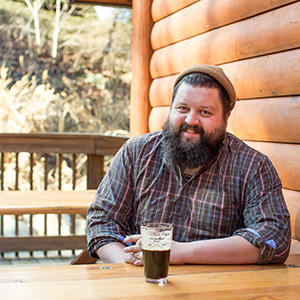 Seth Sullivan and was born and raised in Burke County, North Carolina. He moved to Boone to attend Appalachian State University in 2003 has lived in the High Country since.

Sullivan began to work in restaurants during college and fell in love with bartending. In 2015, he decided to open The Cardinal along with Chris Varipapa and Scott Williford. The Cardinal is now in its fifth year of operations and has expanded into food truck and catering operations, as well as a fundraising partner for local organizations like OASIS, Watauga River Social Club, The Children's Council, and Habitat for Humanity. 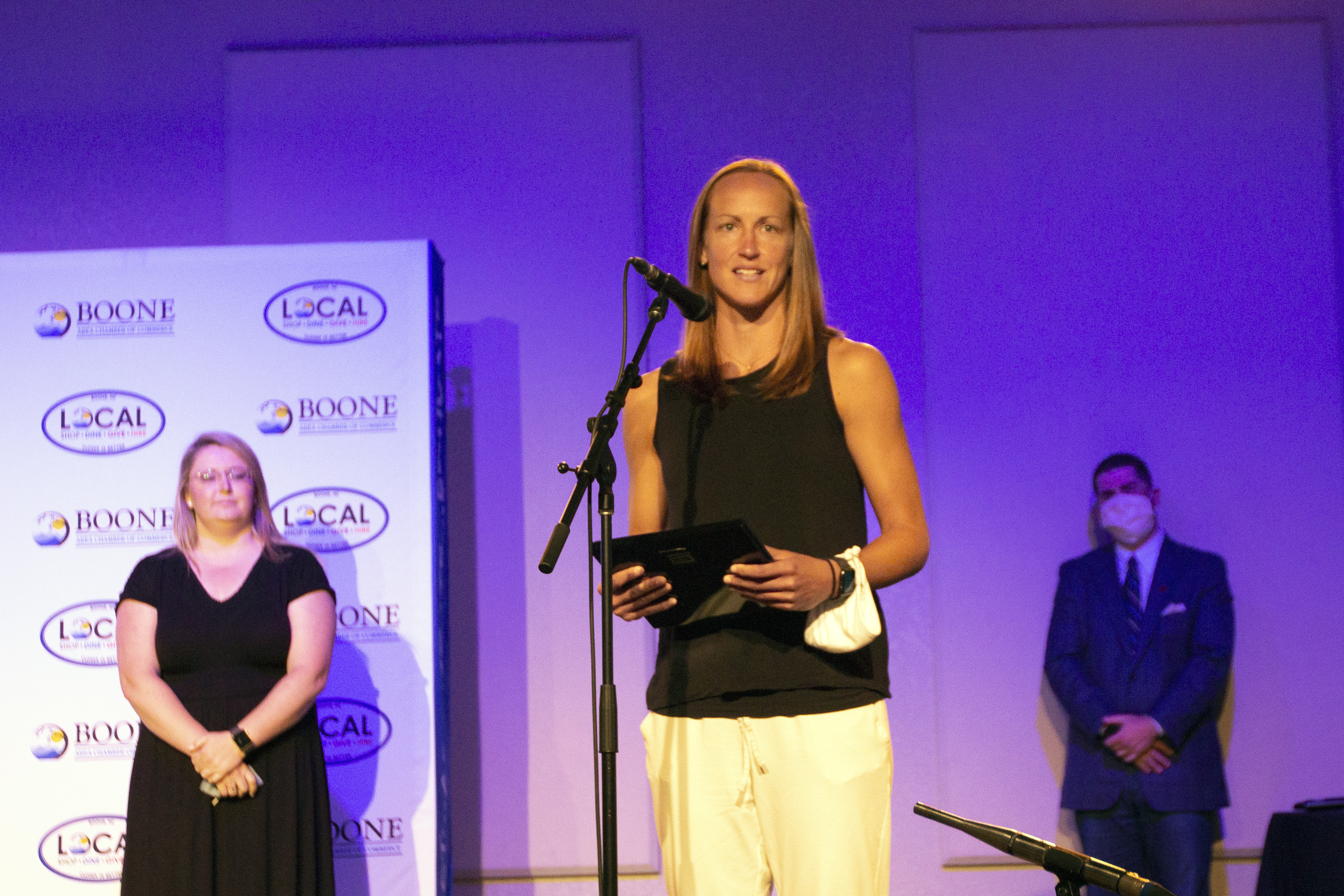 Laura Barry serves as Head Basketball coach for both the boy’s and girl’s teams at Watauga High School and is Director of Peak Basketball, LLC

From Cary, North Carolina, Barry played basketball one year at UNC-Wilmington before transferring to UNC-Chapel Hill for her final three seasons. At UNC she was a part of two ACC Championship teams and a Final Four in 2007. Barry graduated from UNC with a dual bachelor’s degree in Exercise & Sport Science and Communications Studies. 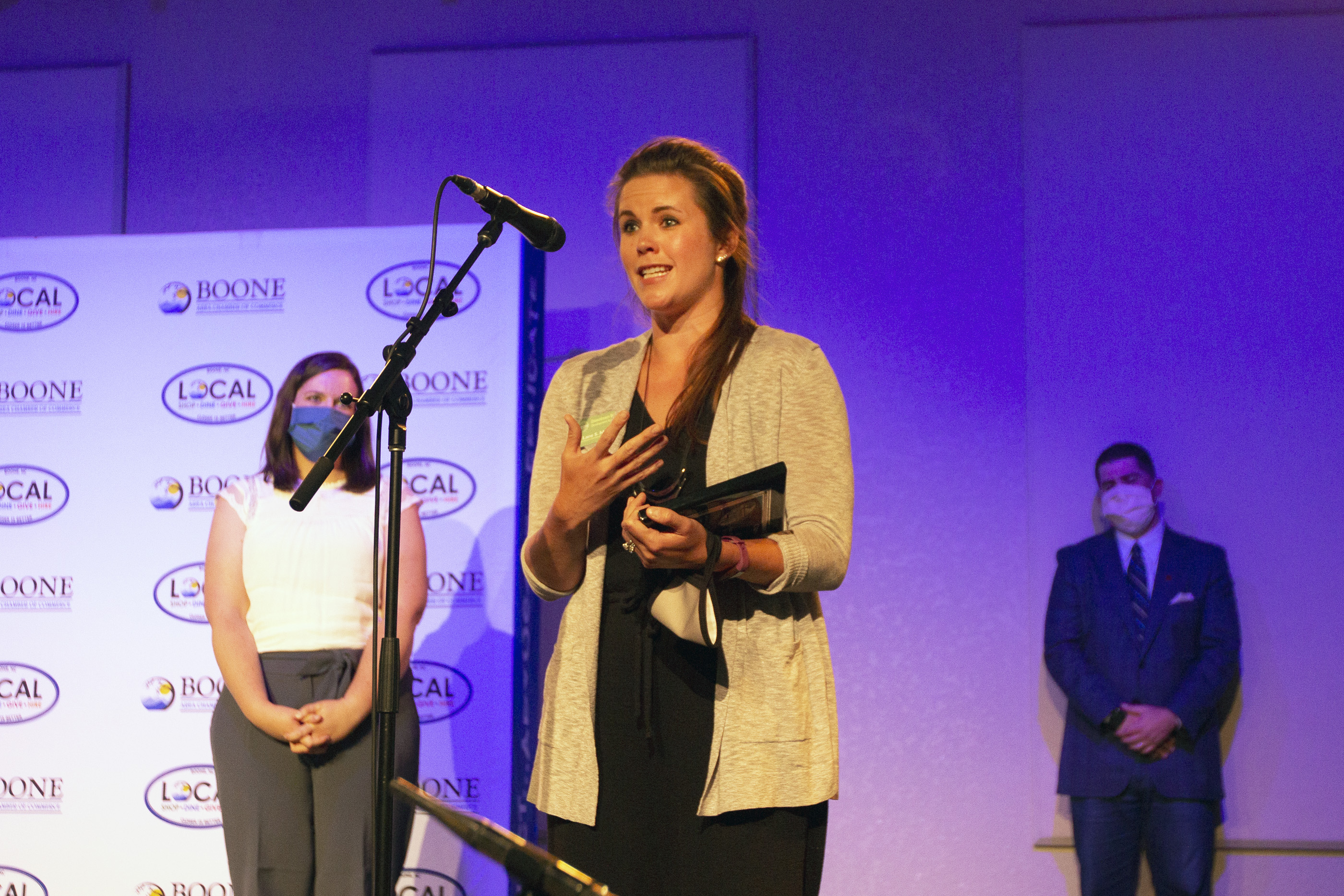 Lane Moody has been a fixture within the Town of Boone staff for 10-years and as a resident of Boone for 20-years. She graduated from Appalachian State University in 2005 with a degree in Business Administration, majoring in both Marketing and Management.

Moody spent nine years as the program coordinator for the Town of Boone’s “Every Drop Counts” water conservation program, where she led field trips for Boone citizens and educated our community’s youth about the importance of water conservation and protection. She developed and implemented numerous community outreach opportunities and even earned her water operator’s license. In July of 2018, she was promoted to Downtown Development Coordinator (DDC) where she has worked to promote and support the businesses of Boone’s downtown.

As Downtown Development Coordinator Moody leads the non-profit Downtown Boone Development Association. During her time as the DDC, she has helped usher in a successful downtown branding project, coordinated the expansion of numerous streetscape projects, and is currently working on a new social media campaign to highlight downtown Boone. In addition to being the Downtown Development Coordinator, Moody is also the Town’s Main Street Director, which is a program implemented through the NC Department of Commerce, facilitating downtown economic development by using the Main Street America Four Point Approach. In July of 2019, she facilitated the creation of the Town of Boone Parking Department, which was previously contracted to a third party. Lane continues to oversee parking operations in Downtown Boone. 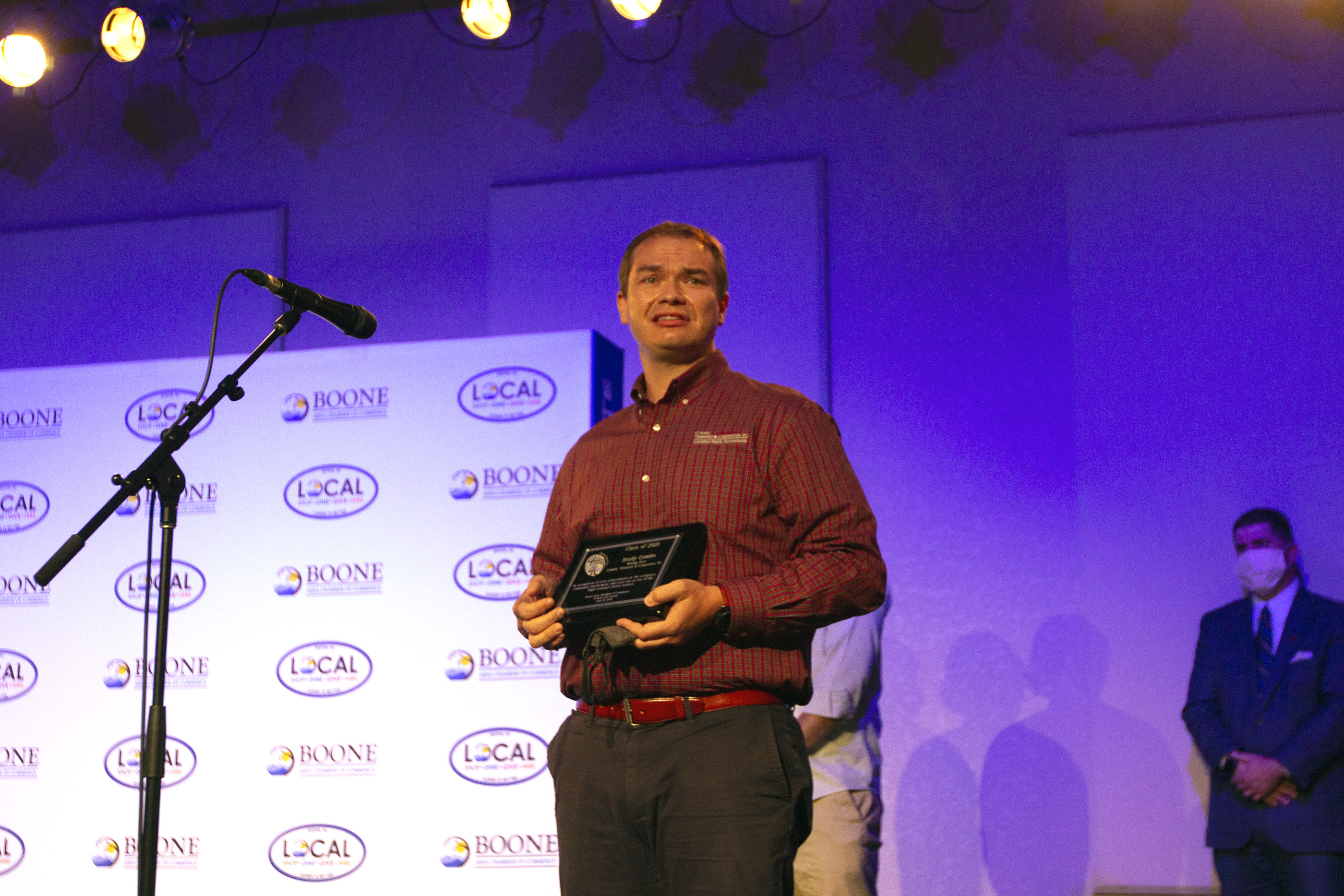 Brady Combs was born and raised in Boone and is a two-time graduate of the Walker College of Business at Appalachian State University, holding both Bachelor’s and Master’s degrees in Accounting.  He earned licensure as a Certified Public Accountant in 2013 and has over 10 years of experience in the industry ranging from nonprofit and governmental auditing to business and individual tax preparation and consulting.

Combs started his career in Austin Texas where he worked primarily with commercial property and homeowners’ associations as well as emergency service districts and fire departments.  He officially joined Combs, Tennant & Carpenter, P.C. in 2013, quickly making new connections in the community and contributing significantly to the firm’s body of work.  Combs made partner of Combs, Tennant & Carpenter, P.C. in January of 2015, and is proud to be part of an organization celebrating its 40th year in operation.

Since 2017 Combs has served on the board for the nonprofit OASIS (Opposing Abuse with Service Information and Shelter) and is honored to help further the agency's mission of ending domestic violence and sexual assault in Watauga and Avery Counties. He also joined the board of the nonprofit Appalachian Theatre of the High Country in 2017 and was fortunate to be part of the reopening of the historic and culturally significant venue. 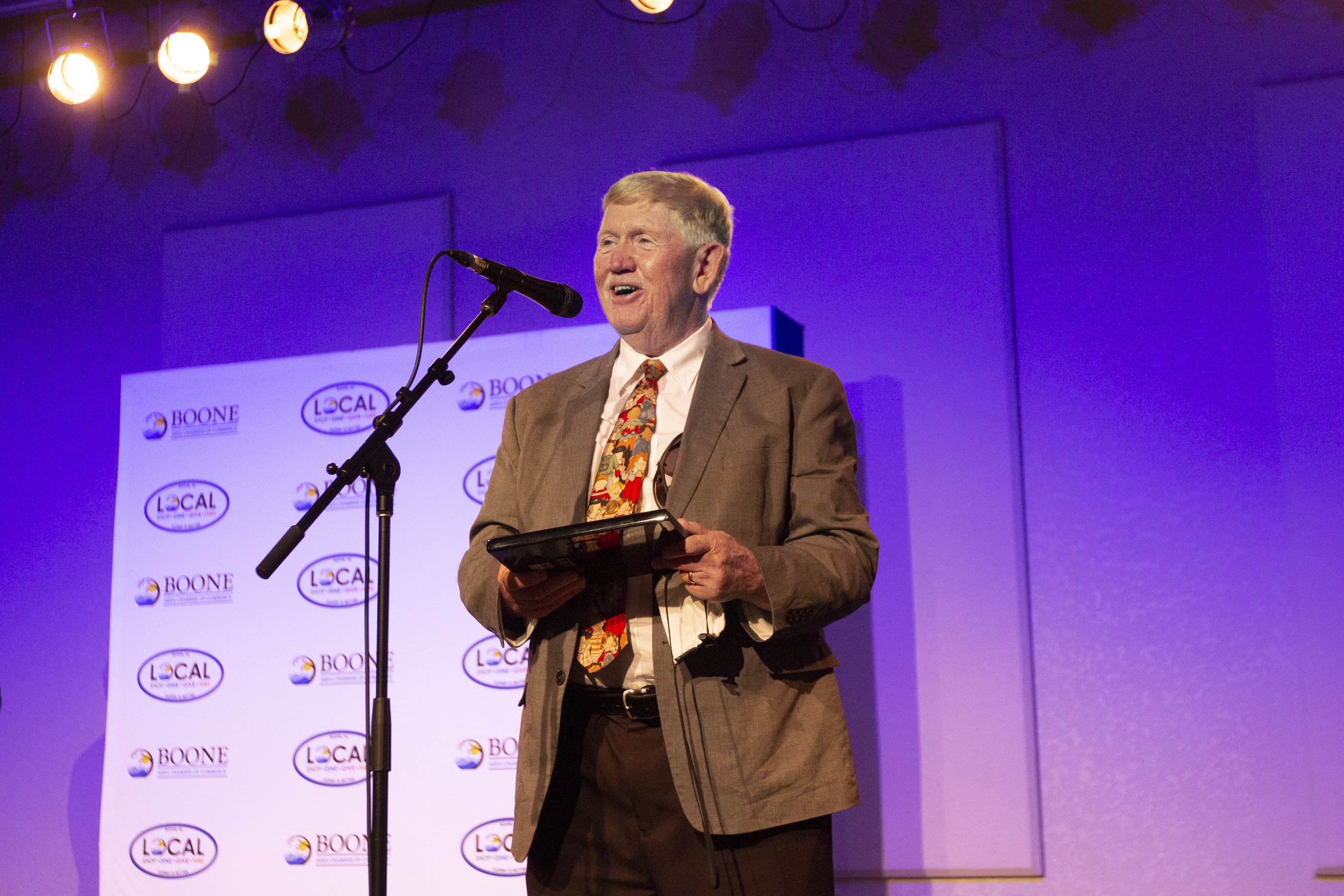 Henries received his Bachelor's and Master’s degrees from Appalachian State University in 1973 and 1981, respectively. He went on to teach in Burke and Ashe counties before coming to Watauga County Schools in 1980 where he served across the district in various capacities as a teacher of special education, assistant principal at Hardin Park, and as principal at both Bethel School and Cove Creek. Henries was a two-time Watauga County Principal of the Year and served as a career mentor to many of the system’s current school leaders.

After leaving his final post as Principal at Cove Creek School in 2003, Henries immediately jumped into the role of adjunct professor in the Reich College of Education. He was honored as the college’s top adjunct professor in 2007 and serves as a member of numerous committees within the department.

"At a time when leadership is critical to the recovery and advancement of our community, these honorees are eager to play an important role as we move forward," said David Jackson, President of the Boone Area Chamber of Commerce. “Each of our award winners and finalists has balanced their career development along with community involvement. We are fortunate to have these emerging leaders join alongside those who have served this community for the last years, decades, and generations. It will take us all to ensure the High Country fully rebounds from the difficulties experienced over the last several months.”

Due to COVID-19 guidelines, no public tickets were made available for this annual sell-out event. In addition to an archive of the broadcast on the Boone Area Chamber of Commerce Facebook page, AppTV will re-air the event Saturday and Monday night at 7pm. AppTV, the Appalachian State campus television station, is available on Skybest TV and Spectrum throughout Western North Carolina.

“We would like to thank Harvest House, Reid’s Catering, Stick Boy Kitchen, The Goldsmith, and AppHealthCare for helping make this event possible,” said Jackson. “The event industry has been hit particularly hard during these last several months and working with these businesses to plan, postpone, and ultimately reshape this event was not easy for any of us. We appreciate their creativity and flexibility to make this the best showcase for our honorees it could possibly be under the circumstances. We look forward to the opportunity to host this event with these partners in a more normal way sometime in the future.”