Skip to content
The Boone Area Chamber of Commerce visitor's center will be closed to observe COVID-19 health and safety guidelines recommended by the CDC and AppHealthCare. Please call 828-264-2225 or email us at info@boonechamber.com and we will be happy to help you and your business in any way we can.

The Boone Area Chamber of Commerce is compiling a list of ways local restaurants and retail businesses will be interacting with customers.  Please take a moment to complete this short four-question survey. 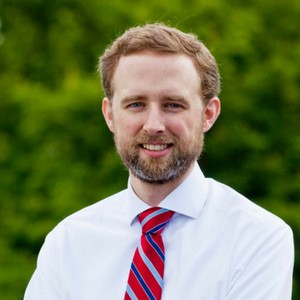 Seth Banks grew up in Yancey County on a farm that has been in his family for five generations. Seth graduated from Mountain Heritage High School and attended N.C. State University. Seth graduated from the Wake Forest University School of Law and began working as an Assistant District Attorney. Seth has extensive experience in all aspects of prosecution, from serious assaults and murder to breaking and entering, trafficking of drugs, and crimes against children. His commitment to excellence in his work has earned him the reputation of being a tough but fair prosecutor who is highly regarded by those who have worked with him. In recognition of his skill, expertise, and experience in the area of North Carolina Criminal Law, Seth has been certified by the North Carolina State Bar as a Specialist in State Criminal Law. Seth is married to his high school sweetheart, Gretchen. They have a 3 year old, David, and a 6 month old, Luke, and reside in Burnsville. Seth was appointed as District Attorney in the 24th Prosecutorial District by the governor in June, 2014. In November, 2014 Seth was elected to a full term as district attorney.